Home
Institutional
About Us

Since 2012, Iron Studios has been developing and producing extremely detailed collectible figures, being the first Brazilian company with licensed products of the segment, 100% made for collectors.

With an acclaimed number of fans worldwide, Iron Studios has been adding an audience that is increasingly demanding and attentive to the smallest detail, winning through some of its works by the most popular and strict collector forums and groups in the World.

All professionals involved in the processes of creation and development of our figures, share the same passion as our clients, thus, we always seek the highest level of fidelity and perfectionism in each project. Using original references in figures derived from films and series, and creating unique pieces of original comic book characters, based on exclusive conceptual arts, produced by several established artists.

In physical stores, we organize and promote regularly official events and exhibitions aligned with our licenses, where friends, customers, fans, and collectors attend and spend pleasant hours with us, exchanging ideas, information, sharing their opinions, knowledge, and tips. All in a healthy and familiar environment, full of special attractions.

Iron Studios Workshop is our division responsible for several film replicas. Focused on concept creation until its post-production, we have developed replicas of characters and accessories on a 1/1 scale for decoration and entertainment promoted at events in which we participate.

From our thematic exhibitions, to our participation in the CCXP – Comic Con Experience, the largest pop culture convention on the planet, equipped with a team in the area of concept design, traditional and 3D sculpture, special and visual effects, costume and characterization, we always seek to innovate and surprise our audience.

Seeking to constantly expand its line of products and its collection of characters, Iron Studios has been acquiring new and different licenses, with Disney lines derived from the Marvel (comic and cinema) and Star Wars universe, from Warner’s universes DC Comics and Movies, characters from Ghostbusters, the legendary Brazilian pilot Ayrton Senna, the iconic and comic TV series Chaves, the historic Jurassic Park film series, and much more to come, captivating fans and collectors from the most diverse classic and contemporary pop culture. 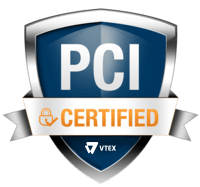